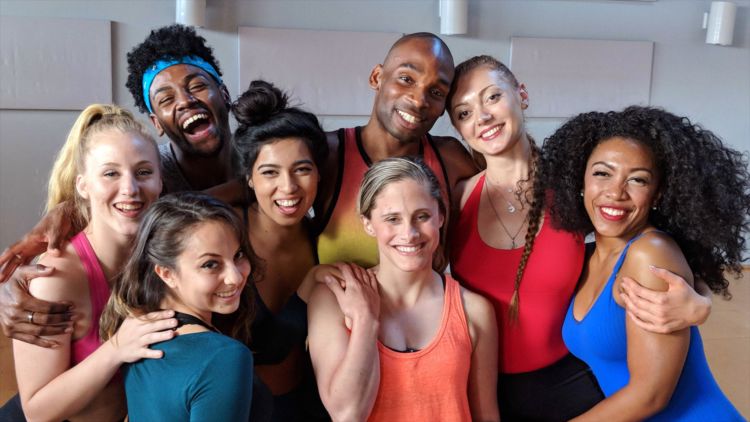 In March, Arkansas passed a bill that banned gender-affirming care for trans youth. And 27 states do not have any explicit statewide laws that protect LGBTQ+ individuals from discrimination in employment and housing. These reprehensible realities make it clear that although marriage equality is the law of the land, the fight for true equality is far from over.

With June right around the corner, brands must avoid Pride Month platitudes in favor of creating content and campaigns that show unequivocal support for the LGBTQ+ community. By telling stories that change the cultural conversation, brands can create a world where the LGBTQ+ community is championed, celebrated, and protected. Here are 10 things to keep in mind when planning a Pride Month marketing campaign.

Avoid 'rainbow washing.' The LGBTQ+ community has a combined buying power of $3.7 trillion. Unfortunately, this has inspired many businesses to slap a rainbow flag on their social media channels during Pride Month…and then promptly forget about the community as soon as July rolls around. Consumers can easily distinguish between brands that are authentic partners in the fight for equality versus ones that are just trying to make a quick buck. Make it clear that your support of the LGBTQ+ community is not limited to one month or done as a means of commercialization. Commit to being a part of the movement, not a moment.

Ensure there is representation in the decision room. Diversity and inclusion are essential building blocks of any marketing campaign, and that starts with who is in the room where decisions are made. Choose an agency that is certified as a member of the National LGBT Chamber of Commerce, and hire diverse crew members. When Xpedition partnered with Google to create a series of short films for Transgender Awareness Week, we worked with Emmy-nominated trans producer and director Rhys Ernst to ensure the stories were told authentically. Authenticity must be a core element of Pride marketing campaigns, from the internal team working on the project to the messaging. Hire the right people to tell your story, and commit to listening to and learning from them.

Embrace more than the 'white picket fence.' The experiences of a high-earning white gay man in New York are much different than those of a low-income trans Asian woman in Alabama. Avoid marketing only to the “white picket fence” (primarily high-earning, privileged white males) by envisioning campaigns that include the entire community.

Embrace true support for the LGBTQ+ community. The LGBTQ+ community deserves to be fully supported in their quest to live safe, fulfilling, and happy lives. While it’s important for people to take a stand on an individual level, it’s also essential for brands to show genuine allyship. Brands have a unique opportunity to spark conversations and change perceptions by creating inclusive marketing campaigns that celebrate the LGBTQ+ experience. Stand with the LGBTQ+ community not just in principle, but in practice. Commit to the day in, day out work of social transformation. Donate money to LGBTQ+ organizations, support pro-LGBTQ+ legislation, and create diverse campaigns year-round.

Champion your employees. Producing an outwardly successful Pride Month campaign is irrelevant if you haven’t first cultivated a work environment where your LGBTQIA+ employees feel safe and valued. Hire people who promote equality in practice and not just in theory. Foster a safe environment to learn, grow, and ask questions in. Create a zero-tolerance policy for derogatory jokes and comments. Ask for feedback on ways to improve to ensure that LGBTQ+ employees are always safe and supported at work.

Choose the right language. Make deliberate and carefully researched choices when writing a marketing script or social media copy. Avoid using gendered language like “hey guys.” Gather the insights of your own employees who are part of the LGBTQ+ community as well as DEI consultants to ensure your message is received as intended. Choices in language and copy are a crucial aspect of any marketing campaign, but especially when it relates to a community that is often mislabeled.

Normalize experiences. One of the most effective ways for brands to promote acceptance is through releasing marketing campaigns that normalize the LGBTQ+ experience. For example, Gillette’s 2019 ad about a father teaching his trans son to shave for the first time was a powerful example of love and acceptance. Videos about real people and experiences can reshape the narrative, change the conversation, and lead to lasting transformation.

Partner with LGBTQ+ nonprofits and influencers. When Xpedition produced films for Google for Transgender Awareness Week, we partnered with GLAAD to ensure the stories were told authentically. We also worked with LGBTQ+ influencers to spread the message across social media. Show true allyship by working with nonprofits that are amplifying LGBTQ+ voices.

Ensure there Is representation in the end product. The LGBTQ+ community is diverse and varied, so make sure as many people as possible are represented in your marketing campaign. To celebrate Pride in 2019, Paper magazine put Aaron Rose Philip—a Black trans model born with cerebral palsy—on one of its covers. Other brands can follow suit by hiring models of all body types and ethnicities.

Lobby for real change. Being gay is still illegal in around 70 countries worldwide. Brands can be a beacon of hope in those markets by releasing campaigns that promote acceptance. In 2017, Absolut Vodka created a campaign called 72 Kisses that encouraged those countries to legalize same-sex relationships. The campaign featured photos of couples kissing to celebrate peoples’ right to love whomever they choose. Showing LGBTQ+ support in places where it may be outlawed can inspire other companies to be braver next year, and the year after that.

An authentic message that supports the community can also help lay the groundwork for change. Remember that the fight for equality isn’t a once-a-year moment. Brands have a remarkable ability to influence public opinion, and they must commit to using that power to create a world that is more right, fair, and just for everyone.