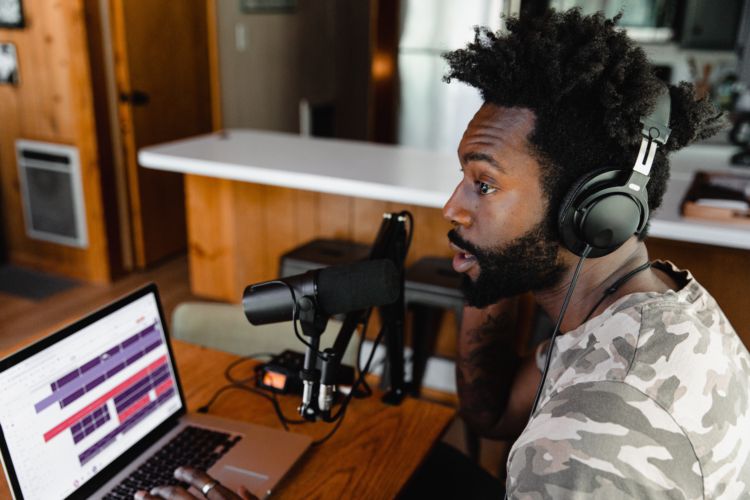 At Xpedition, we strive to make our content as inclusive and representative as possible through hiring a diverse cast and crew for each project. But we recognize that diversity isn’t just about what an ad looks like; it also extends to what it sounds like. Choosing the right voice actor can set your ad apart from the competition and convey your message in a way that resonates with your audience. Here’s how we work with our clients to figure out what kind of voice is right for each ad.

Voice actors set the tone for your marketing campaign and can help your ads come across as more credible and trustworthy. When mapping out the creative for a new campaign, start by thinking about what type of voice is best suited for the project you’re working on. For example, a more expressive voice might be better suited for an animated film, while a more straightforward tone may be more desirable for an 'explainer-style' video.

And remember that ads often resonate with viewers not because of what they say, but because of the feelings that they evoke. Spend some time thinking about what you want the audience to feel, since that will help you find the right voice and tone for the project.

As audiences become more individualized, we’re seeing a breakdown in “gender-dominated” fields and the voices associated with them. According to The Journal of Advertising, traditionally masculine voices have historically been chosen for audiences and fields that pop culture often attributes as “male-dominated” (in this study, that would pertain to subjects such as sports, facial shaving, or even the military). The study also suggests the opposite is true for fields attributed as “female-dominated.” But when you do something unexpected, like using a traditionally feminine voice for a U.S. Army ad, it can be surprising and better capture your audience’s attention, while also more fully representing audiences of today. You might also want to consider hiring a non-binary or gender non-conforming voice actor to better reflect your audience and market your product in a more inclusive and genderless way.

Take your target audience into account when figuring out which voice is right for your ad. For example, if you’re trying to reach people in a certain geographic area, you might want to hire someone who has that particular regional accent. If the video will be shown in multiple countries, think about which language it should be in (and what tone would resonate best with those viewers). If your primary audience is Gen Z, you'll likely want to choose a voice actor with a more energetic, lively tone. And because it’s harder for people over 65 to hear higher-pitched voices, you may want to hire an actor with a calm, deep pitch if you’re marketing to that audience.

​​Focus on The Trust Factor

Trust can happen in an instant, even after a single word, according to a study out of the University of Glasgow. Psychologist Phil McAleer recorded more than 60 voices simply saying the word “Hello,” which he then presented to more than 300 people. The results? The lowest-pitched, traditionally masculine voices were considered the least trustworthy of the batch, while the highest-pitched, traditionally feminine voices were considered the most trustworthy. So if trust is something you are trying to win, a softer, higher-pitched voiceover artist might be best.

At the end of the day, though, remember that there’s no one-size-fits-all approach. Choosing the right voice actor for your campaign requires careful thought and consideration, but it will ultimately help you create an end product that is more inclusive, thoughtful, and engaging.