Food is Octavius "Tay” Nelson’s love language. Born and raised in South Carolina, Tay grew up helping his dad and brother (Bobby Sr. and Bobby Jr.) run small mom-and-pop restaurants. While Bobby Sr. and Bobby Jr. were both fueled by a passion for food and hospitality, Tay had little interest in cooking or operating a restaurant.

But years later, after his dad and brother both tragically passed away, Tay decided to open a restaurant to honor their legacy. There was just one problem: because he had never paid much attention to their culinary ways, he had no idea where to begin. So he turned to the one place where he always found trusted advice, inspiration, and instructions: YouTube.

In February 2020, before the COVID-19 pandemic shutdown, the Xpedition team traveled to Fountain Inn, South Carolina to tell Tay’s story. With our appetites ready and production gear in tow, we made our way to meet and film the town’s “king of BBQ” in his element. Over the course of three days, we received a behind-the-scenes look at Bobby’s barbecue empire—and a deeper understanding of how YouTube was the driving force behind its success.

In an effort to recreate the pork ribs his dad used to make, Tay started searching recipes and techniques on YouTube. Not long after, he stumbled upon famous YouTube pitmaster Aaron Franklin and was immediately drawn to his passion and insight. After watching countless tutorials, honing his skills in his own backyard, and catering for large crowds at local events, Tay took a leap of faith and opened his own restaurant. He named it “Bobby’s BBQ” after the two men whose culinary passion fueled his own love for cooking. Local crowds and travelers alike have grown to love the award-winning barbecue spot run by Tay and his wife Sarah. 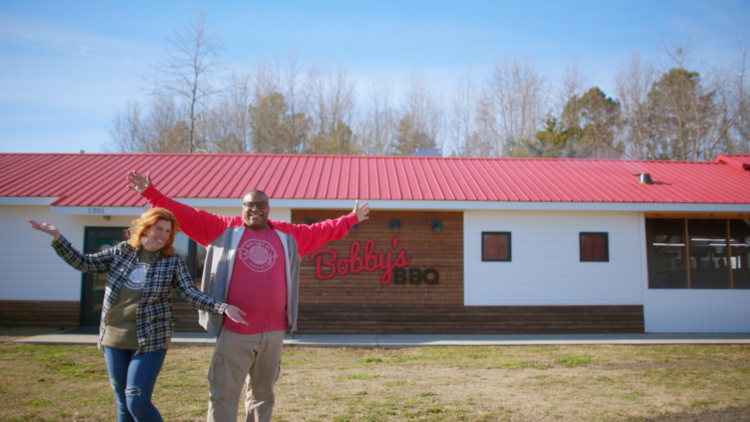 From a filmmaking standpoint, the biggest challenge with this project was the complexity of Tay’s personal story. In a film that, in finished form, would only be over three minutes long, we worked hard to ensure we could fit in as much of the detail and emotion as possible while still keeping the story concise and digestible.