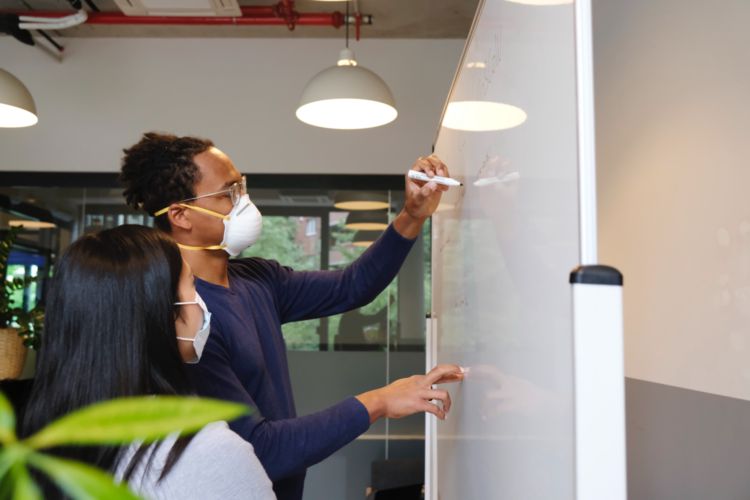 According to data from the U.S. Census Bureau, 36% of Americans age 25 and older have a bachelor’s degree or higher. Yet 65% of job listings still require postsecondary education, and 61% of HR and business leaders say they throw out resumes without college degrees, even if the candidate is qualified. Conventional wisdom has long dictated that a college degree is a necessity for many higher-skill, higher-paying jobs, but this assumption ends up disqualifying thousands of capable candidates at a time when many employers are struggling to find the right applicants for particular roles.

This year, after lots of listening and learning, I made the decision to remove the college education requirement for job applicants at Xpedition (with the exception of roles that require specialized training or credentials). Here’s why I was inspired to make that decision—and why I hope other CEOs will do the same.

It Removes Unnecessary Barriers for Applicants

The Pew Research Center found that only 20% of students from low-income families attend college. And in 2020, college enrollments dropped by 6.8%, more than quadrupling the pre-pandemic rate of decline—most prominently among students of color from low-income communities. For many people, a college education can often be more indicative of access than aptitude.

My grandpa wouldn’t have been able to get a college education without the GI Bill, a benefit that wrongly discriminated against female and Black veterans. Thanks to the GI Bill, he was able to go from growing up in an orphanage to attending university and becoming a well-known engineer. This allowed him to provide a better life for my mom and, in turn, myself. Education was the key to entry for my grandpa, but it wasn’t the only reason for his success.

Far too many Americans still face innumerable barriers and discrimination because of their ethnicity, sexuality, or economic class. I believe employers have a responsibility to see beyond a degree by also looking at the real work and life experience that has shaped an applicant. By removing the college education requirement for job seekers at Xpedition, I hope to open the door to skilled and highly capable candidates who simply may not have had the means, opportunity, or financial backing necessary to graduate from college.

It Makes it Easier for Employers to Find Skilled Candidates

According to the educational nonprofit Hechinger Report, “The previous decade saw a spike in the number of job listings requiring a bachelor’s degree, even for so-called middle-skill jobs—think executive secretaries, production supervisors, IT help-desk workers—that have traditionally been filled by workers with an associate degree or less.” As a result, it’s now harder for Americans without bachelor’s degrees to achieve upward job mobility. At the same time, a Harvard survey found that 63% of business and HR leaders had trouble filling these middle-skill jobs. With over 8 million jobs currently open in the U.S. (the highest in recorded history), hiring managers can find additional qualified people by opening up the application process to contenders without bachelor’s degrees.

For many people, college can be a great way to grow intellectually, socially, and vocationally, but it’s not the only way to do this. So rather than requiring job applicants to have a certain degree, I’m now much more focused on their skill set, equivalent experience, and work ethic. Other CEOs and hiring managers can follow suit by seeking to hire people for their capabilities and competencies, not because of where (or if) they went to college.

A study from the Federal Reserve Bank of New York found that only 27% of college graduates are working in a field related to their major. This means that for an increasing majority of American workers, past experience is far more relevant than what the person studied in college. With the future of work poised to shift significantly in the coming decades (and 65% of children expected to work in jobs that don’t yet exist), it’s vital to hire people who are able to adapt to new systems and ways of thinking.

Between boot camps, trade schools, and apprenticeships, there are an increasing number of ways for people to learn new skills (or change their careers entirely). Believing that every job seeker needs a college degree to succeed is a privileged and outdated way of thinking. Abilities and aptitude are far more crucial and critical in today’s rapidly changing job market. Don’t discount those who may have had nontraditional educational or career paths prior to applying at your company.

It Strengthens Diversity of Thought

By opening the application process to additional candidates, employers can recruit more individuals with diverse backgrounds and experiences. This is especially important at a creative agency like Xpedition, where having people from various backgrounds and ways of seeing the world can help us create better, more authentic projects.

I know that I’ve been extremely privileged in the opportunities I’ve had access to as a white cisgender man, so I believe it’s important to keep the door open at every level of my company by hiring people with diverse frameworks and perspectives. Diversity of ideas, thoughts, and backgrounds will make any company stronger…and it can start with something as simple as changing the educational requirements for future job listings.