In a year when humanity was more isolated than we’ve ever been in modern history, we at Xpedition were reminded of the power of storytelling to bring people together. When our team started working remotely in March, we kept in touch through virtual book clubs, happy hours, and brainstorming sessions...and we continued creating content to lift peoples’ spirits during even the darkest and most dismal of times. From finalizing TV development projects that will be launched this year to producing a video for Google’s Transgender Awareness Week campaign, we spent 2020 producing big, bold pieces of content and events that highlighted human resilience and resourcefulness. These were just a few of our favorite projects.

Xpedition had something even more exciting to cheer for than the Chiefs vs. 49ers showdown during Super Bowl LIV...our very first Super Bowl commercial! The video was made in partnership with YouTube as part of its Brand Stories series, which highlights how ordinary people use YouTube to accomplish extraordinary things. After our research team found the story of Nate Boyer (a former Green Beret who learned long snapping by watching YouTube videos and later became the oldest rookie in the NFL), our production team rented out a college football stadium and filmed a recreation of Nate’s heartfelt story. The commercial reached over 20+ million in viewership during the Super Bowl pregame show and has been viewed an additional 27+ million times on YouTube’s official channel.

When Google asked Xpedition to produce the lead video asset for its Transgender Awareness Week campaign, we created a short documentary-style film about Marli Washington, a Black Latinx designer who founded gc2b, a small business that makes chest binders designed by trans people for trans people. Marli powerfully told his own story in his own words, and our team wove that together with footage and photos to produce a video that championed the brilliance and resilience of the trans community. Xpedition helped Google launch the video during Transgender Awareness Week, and it was the lead video on Google’s homepage on November 16. It lives on Google’s YouTube and social media channels as an example of the collective strength and soul of the trans community.

During the first half of 2020, Xpedition partnered with YouTube to produce 8 videos about small businesses leveraging YouTube to connect with their communities, innovate, and transform their business models. Our team cast, vetted, and presented story options to YouTube and then worked with story subjects to remotely obtain the interviews and footage needed to tell each story. The videos were released through Google and YouTube’s digital channels and were promoted as part of Google’s broader “Stories of Resilience” campaign. Producing these stories felt truly meaningful, as we were able to help shine the spotlight on a variety of small businesses adapting to and overcoming challenging economic circumstances.

COVID-19 shut down many of our favorite events in 2020, and the Game Developers Conference—an annual conference where tech companies and game developers come together to learn, network, and gain inspiration—was no exception. But thanks to our team’s resourcefulness, we were able to reimagine months of planning and create an all-digital, multi-day, Google hosted event in just two weeks. We adapted the event registration page to an event hub, completed 10K+ registrations (which was 2.2 times more than in 2019), and released all on-demand content. The digital Game Developers Summit was a resounding success, and it provided a much-needed bright spot for game leaders and developers during the pandemic. 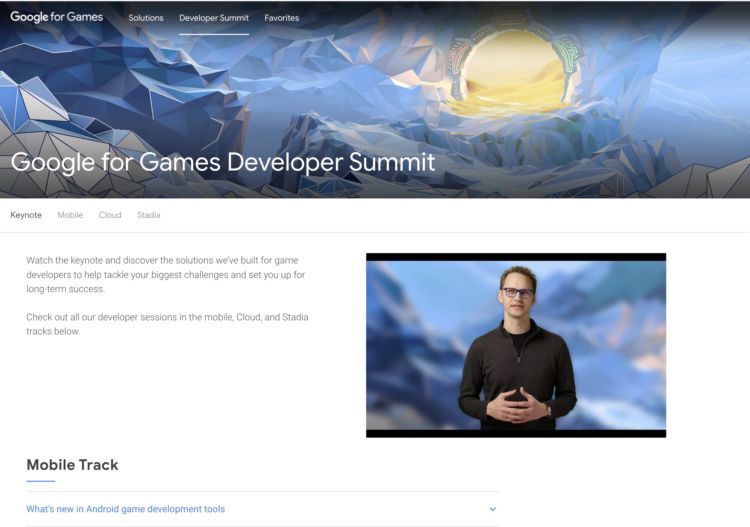 Although flagpole events like Google Marketing Live had to be cancelled because of COVID-19, the Google Ads team knew that clients would still want to learn about new products and product updates—even if those updates couldn’t take place in person. The Xpedition team rose to the occasion by managing, creating, and delivering a series of 15 product videos aimed at practitioners. Because the videos were intended to drive product adoption, each one provides a deeper dive into engaging Google Ads products with best practices and demos. The videos were rolled out globally across YouTube and Google’s Ads on Air platforms, where 1K+ viewers watched during the livestream. We also grew our reach by 200% year over year compared to the physical Ads room session in 2019. 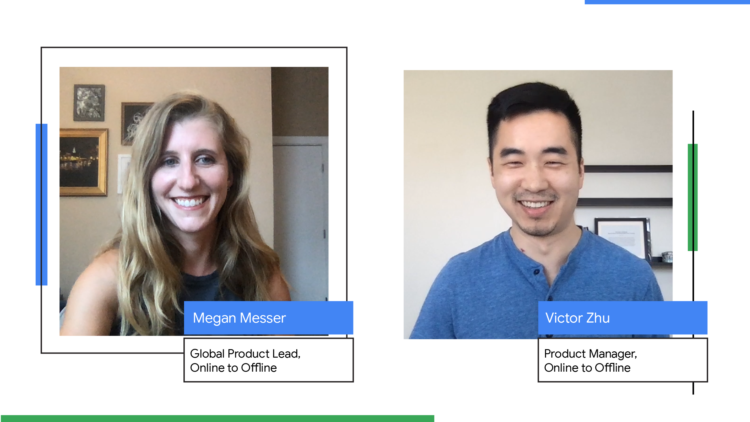 As lockdown orders ricocheted across the globe during the early days of the pandemic, our team sprung into action and created the #ProtectSmallBusiness campaign. Within days, our team produced, distributed, and marketed 8 videos and a blog post. We started by re-editing footage from past campaigns with recorded video calls so small business owners could share how COVID-19 was impacting them and how viewers could best show support. This was the first campaign Xpedition created entirely in-house without client funding, and it launched on April 2, 2020—which is a testament to how tirelessly and quickly our team worked to bring this crucial project to life. The videos received 97K+ views on YouTube…but more importantly, they elevated several small businesses during a trying time. For example, Vics Italian Restaurant (one of the businesses we highlighted in our campaign) wrote a Facebook post thanking us for our friendship and willingness to help them keep the Italian tradition alive.

As Black Lives Matter protests started taking place all across the U.S. over the summer, we wanted to show our support and solidarity. To contribute positively to the conversation, Xpedition created a variety of social content pertaining to the Black Lives Matter movement, from social posts that amplified key Black Lives Matter voices to resources our audience could use to support relevant organizations. Our team collaborated together on this project by sharing ideas, links, and information to help shape a multi-faceted campaign that received several thousand impressions. We plan to further these conversations around important social causes in 2021. 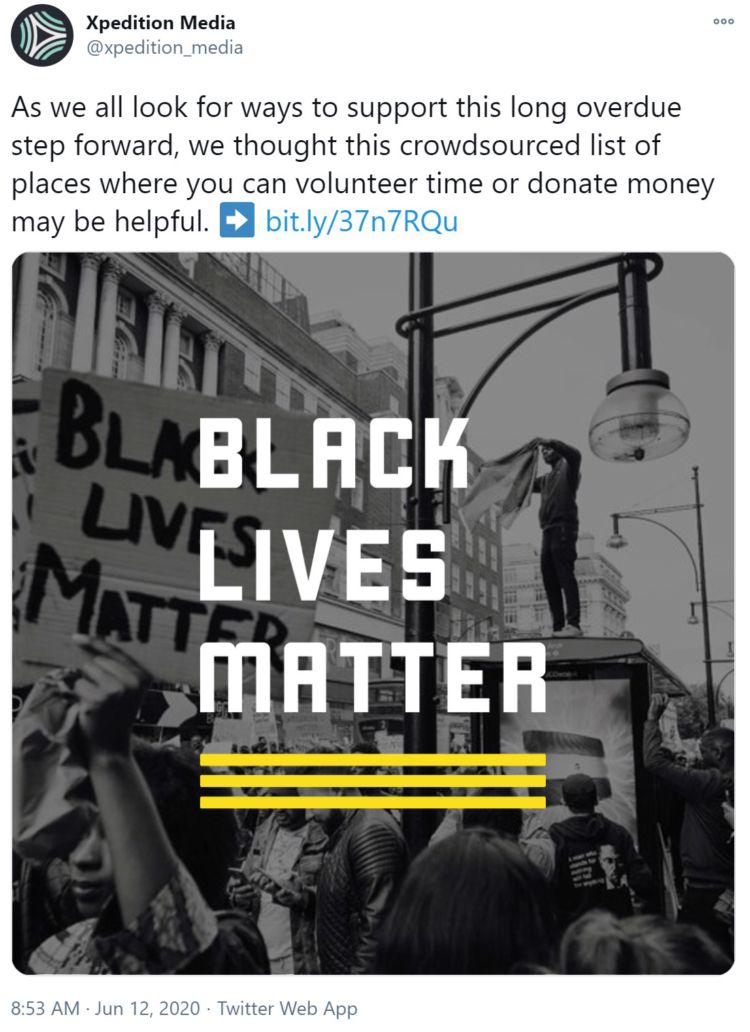 While 2020 was filled with many challenges, we are so proud of the way our team banded together to create content and events that resonated with consumers, spoke to important societal issues, and sparked joy during an arduous time. We’ve come out on the other side of 2020 stronger, more resilient, and even more dedicated to telling great stories...and we can’t wait to share the new projects on our roster for 2021!